Boris will be speaking about how he developed his studio business model and the ‘out of the box’ strategies he has employed to keep Bally Humanufactured front and center. He will share the evolution of his post academic ‘game plan’ over three decades,  the motivation behind his branding and also the progression of his personal aesthetic that helped drive it.  Boris will detail his four prong mission, and how this has impacted his brand and ultimately his business’ survival.  He will give detailed examples of his failures, successes, and how they drive each other to overcome the constant challenges of our field.

ECU Symposium has been a student run and organized event for the past 8 years. Initially it was founded by Laura Wood and has been previously organized by Kat Cole, Laritza Garcia, Marissa Saneholtz, Danielle James, Alison Bailey and Sarah Loch-Test, among several others. Originally, it involved 7 universities that ECU has ties to, but we no longer are limited that. We have a history of bringing in workshop presenters and lecturers who are important or upcoming in the metalsmithing field. Students are able submit names of artists that they wish to come and the department as a whole is able to vote on their picks. We involve the town a bit and have 5-6 exhibitions that are hosted in different locations on or close to campus. We generally have a final night party as well that we rent privately in one of the local bars/ restaurants. The cap is about 180 attendees, so it can be an easily accessible environment for students to meet each other as well as to make connections to artists they look up to. 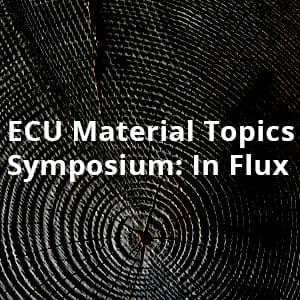